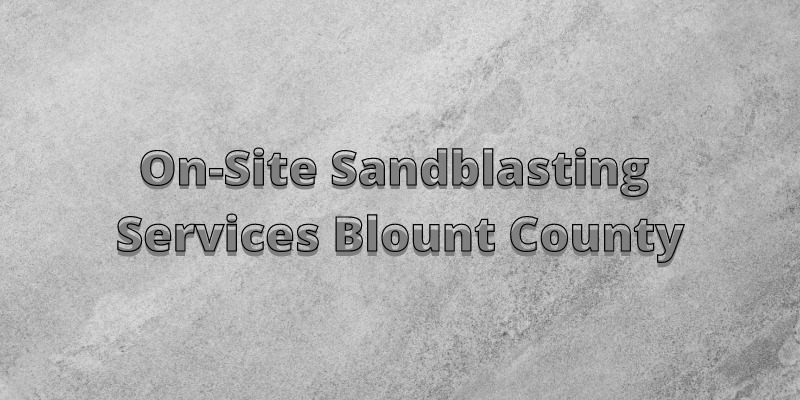 You might have a large rock on site that may be too large to move but would like to engrave something on it. We offer an on-site blasting service that can get the job done professionally for you. This can include brick pavers, mailbox signs, or even concrete. Call with any questions about on-site blasting.

Also known as abrasive blasting, sandblasting is a surface finishing process that involves the use of a powered machine — typically an air compressor as well as a sandblasting machine — to spray abrasive particles under high pressure against a surface. It’s called “sandblasting” because it blasts the surface with particles of sand. As the sand particles strike the surface, they create a smoother and more even texture. In this post, you’ll learn more about this surface finishing process and how it’s performed.

Sandblasting leverages the abrasive properties of sand to create smoother surfaces with fewer physical imperfections and flaws. It’s no secret that sand is rough and gritty. Because of these properties, it’s able to wear away at excess or unwanted material on a surface. Sandpaper, for example, contains many individual particles of sand. When rubbed against a surface, the sand removes some of the top-layer material. This further creates a smooth texture. Sandblasting works the same way except it involves the use of highly pressurized sand.

How Sandblasting Is Performed

We are located right outside of downtown Maryville with a spacious showroom for your convenience. As we said, feel free to stop by anytime to see our products and to get an idea of what you would like.